Last night I attended Raw Panorama at the Pourhouse in DT Minneapolis. I’d never heard of RAW before, but my friend Lisa was in charge of herding the models from the fashion show. She did SUCH an amazing job and I’m not complaining about being able to say “I’m on the list,” at the door… I don’t get to say that often. 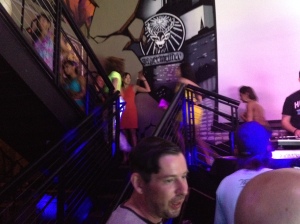 So basically, RAW is an underground indie artist movement and this show had a bunch of musical acts, including some Mexican artist who was like the Minnesota Selena and backed by 5 guys wearing shiny silver pants (legit), a fashion show, and a magician front of house who did this insane paintball “catch” with his teeth- see video here:

The fashion show from 4ish local designers, all with volunteer models, and I feel bad about it, but I am not a heel walking pro, but I definitely had to stifle a couple laughs. There was this one black dress that I fell in instant lust with and another ripped up 2pac shirt that the model rocked hard. 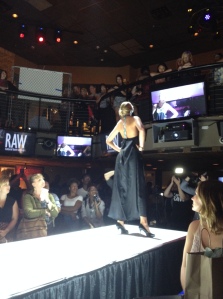 As with all collab shows, some of the “art” displayed needed to be put back in the oven for a bit, but some of it was really great.

Overall a really fun way to spend a Wednesday night. If you’re into learning more about RAW they have some other events coming up so check out their website.