I’m embarrassed to admit that the writing funk of 2020 consumed me again. We were lucky enough to visit Brick & Bourbon last month when eating outside at restaurants was still a thing and I was so excited to be able to experience the Brick & Bourbon rooftop patio in downtown Stillwater, Minnesota.

Brick & Bourbon has been a place that has been recommended to me by multiple family and friends when they found out I moved back to the East suburbs and was craving something new. It definitely lived up to the hype! 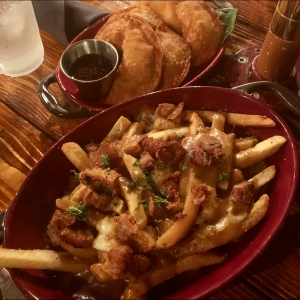 We were lucky enough to have a few friends join us, which meant that we were able to get multiple appetizers to try without feeling disgusted with ourselves haha 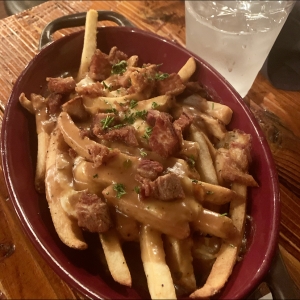 I’ve never been a fan of poutine (even in Canada), but when I saw the words “Pork Belly” I decided that these were worth a shot. I’m so glad I took the chance. They were phenomenal. I definitely recommend. 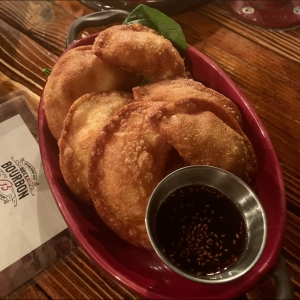 We actually ended up ordering a couple of these so that there were enough for everyone to try. I loved the mix of the duck bacon. It was a flavor combination I’ve never had before, but I would definitely do again.

I was beyond excited to see that they had a whole mac & cheese section. I was going back and forth with the Wild Mushroom Mac & Cheese and the original and eventually I decided that I’d go for the original to use it as a base for comparisons next time haha. It was so beyond good and due to the amount of appetizer I stuffed in my mouth I had leftovers that were perfect for the next day! 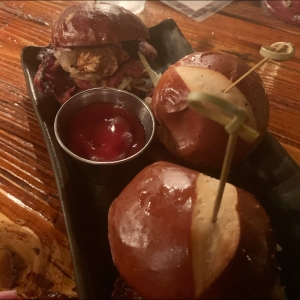 Boyfriend got the sliders from the shareables menu as his main, because nothing beats a good pretzel bun! 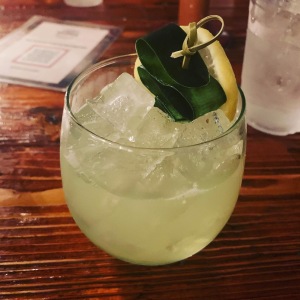 I am a sucker for a cucumber cocktail and these were really good. I may or may not have had 3 or 4….. #sorrynotsorry

In addition to a craft cocktails menu they also have a pretty good local beer list as well as a robust Bourbon & whiskey menu…of course. 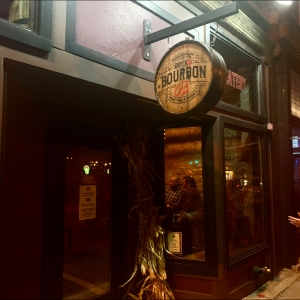 Unfortunately, with it being dark out I wasn’t able to get a great photo of the river, but the view from the rooftop facing the Historic Stillwater Lift Bridge is beautiful. 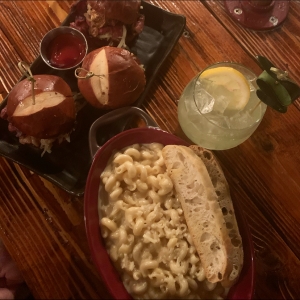 Service was great and they were accommodating for our group of 5 on the rooftop which was fantastic. Obviously right now they are not open for indoor dining, but in normal times they do not take reservations on Friday or Saturday nights and require the majority of your party to be there to be seated so make sure you save some time by visiting their website to get on their waitlist.

They currently have 3 locations (Stillwater, St. Cloud and Maple Grove) and it looks like they’re going to be opening up a 4th in Eden Prairie soon.